The arid areas of the Cape West Coast and the semi-desert of Namaqualand, transform into a floral wonderland. The wild flowers begin flowering first in the north in Namqualand in late July/early August and then spread southwards, through Nieuwoudtville and the Cederberg towards the West Coast, at the beginning of September.

The best way to approach the flowers is from the north, as in spring, the sun is in the north. The flowers only come out in the sun, and always face the sun. The best viewing time is from eleven ‘o clock in the morning until three in the afternoon.

So, when you are going up north e.g. St Helena Bay, drive there first, and then explore your way slowly down south.

A well-rounded trip would be to include the West Coast National Park for its Postberg flowers Tel: 022 772 2144, the Bergrivier for the birding, some of the quaint West Coast Towns like St Helena Bay and Stompneusbaai, for their laid-back atmosphere and fresh seafood. 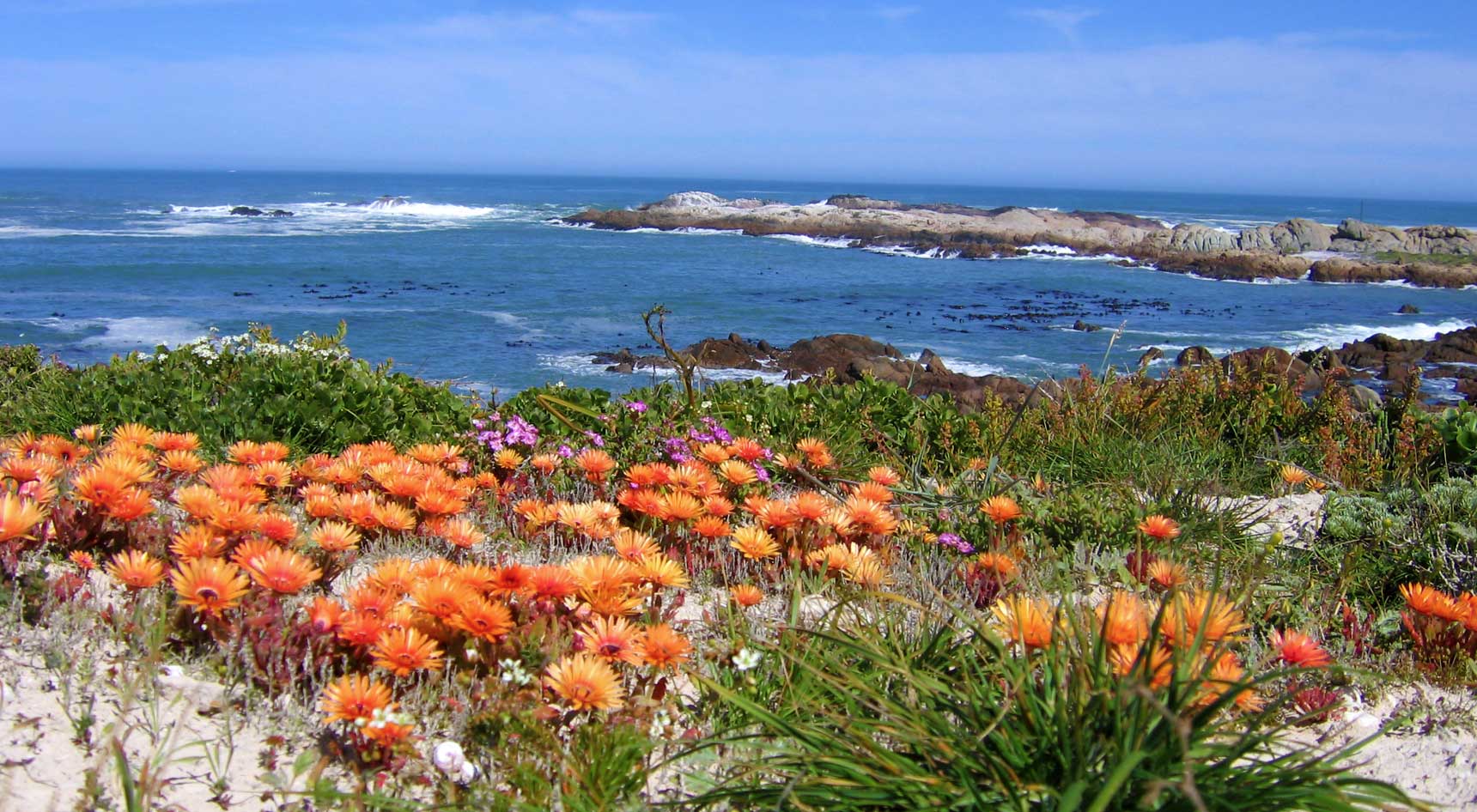 Trails for everyone from hardcore mountain lovers, twitchers and botanists to family groups and modern-day strandlopers.

Wear Long pants and comfortable shoes when walking in the veld. Take insect repellant, sunblock and a hat with you.

The West Coast Corridor alone has more than 1 200 plant species, of which 194 are threatened by extinction. The West Coast is home to thousands of species of unique plants, most of which are found nowhere else in the world. For this reason, UNESCO deemed the Cape Floristic Region Protected Areas a World Heritage Site and specifically on the West Coast, proclaimed the Cape West Coast Biosphere Reserve.

A treasure trove of the quaint local flower names for you to enjoy:

Velddrif:  All the empty plots around Velddrif. Bergrivier Golf course, Vygielaan, Velddrif. On the road to Pikerberg. On the shoulders of the R27.

Saldanha: Drive into Camp Street on way to town, Diazville, SAS Saldanha Nature Reserve – Between Malgaskop and Moresonkop, Drive between Langebaan and Saldanha

Hopefield:  In town on vacant plots, Next to Soutriver in town, Langebaanweg (R45), Next to roadside from Hopefield to R27, (R45) 5km outside Hopefield, Gravel road between Langebaanweg and Cloeteskraal, Road between R45 and Moorreesburg (R311), Next to Library, At Hopefield Sports Grounds, Entrance to town from R45 via Church Street